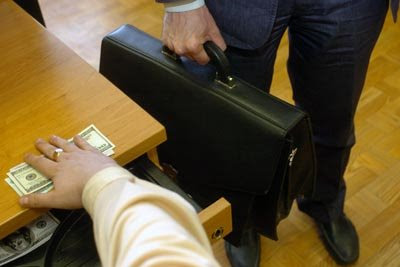 One more reality check for all the Obama apologists shoveling the bullshit filled buckets labeled “Change”. The Obama administration, over Congressional objections, had been pushing a $77 million deal to provide at least 50 refurbished armored troop carriers to Moammar Gadhafi’s army. Congress had stalled the deal which would have benefited the massive multinational arms dealer, BAE.

This is different from what King George the II was up to how? Rhetorically? We are supposed to take solace in although the Obama administration is more of the same, he at least denies that he is on the side of the dictators and the huge companies that profit from their existence? Isn’t that actually worse? At least, we, the People, knew where George Bush II stood. He made no bones about the fact that he was screwing the little guy into the ground to help the Kenneth Lays of the world. The Associated Press reports, “General Dynamics and Northrop Grumman were among companies listed as attending the 2008 and 2010 Libya Defense and Security Exhibition in Tripoli.”

BAE is a British firm with a United States subsidiary, BAE Systems, Inc., listed in 2010 as the nation’s 12th largest government contractor. It is headquartered in Rockville, Md. It is a classic case of the rotten junction of politics, money and the military industrial complex. The company’s board is chaired by former Gen. Anthony Zinni, former Commander in Chief of U.S. Central Command; former Indiana Congressman Lee Hamilton, an Obama foreign policy mentor; and former Bush administration Homeland Security chief Michael Chertoff.