One of the most difficult things about transitioning from being a student into a full-fledged adult is the loss of summer.

You no longer have the end of the school year to look forward to—a break from the tedium of everyday life, a chance to hit the reset button on your academic performance, throw away the disorganized trapper-keeper, and forget all the math you spent the year learning.

But more than that, if you’re in a permanent sort of 9-5 (or 9-5+) job, you may miss out on the adventure that the lazy, hazy days of irresponsible summers once held. Below are seven ways to try to recapture a modicum of summer’s former glory and have yourself a great few months.

1. Get your feet unreasonably dirty: Remember coming home from a long summer day of playing outside? Your parents might yell at you to go spray yourself down with the garden hose before you were allowed to enter the house. The cold water would run over your body, making mud on your skin because the layer of dirt was so thick. You would go the entire summer never being able to get your feet truly clean because the dirt was so ground into them.

This summer, play outside, often and barefoot. Play wiffle ball, bocce, volley ball, and red rover. Go for walks and feel the grass beneath your feet. Walk on the pavement and hop around looking for shady spots because the bottom of your feet are burning. Black-bottom feet are the sign of a summer well-lived.

2. Stay inside and feel guilty about it: Summer is glorious, but summer is also mind-numbingly hot. Back when we were kids, before air conditioners were ubiquitous, a summer day often meant lying on the cement floor of the basement with ice packs on your body, trying desperately to cool down. If your parents left you alone while they were at work, maybe it meant breaking the rules and playing hours of Mario Brothers inside instead of finding ways to entertain yourself in the boiling hot sun.

This summer, give yourself a little time inside. Pull all your shades down to block out the heat and watch some Netflix. Be lazy. But don’t do it too often, and feel badly about it when you do, because it’s the summer, and your parents were right, you should be outside.

3. Experience the magic of a summer night: In our younger years, the combination of not having to be up for school in the morning and a delayed sunset meant one very significant thing: a later bedtime. Staying up on summer nights meant being enchanted by fireflies, singing songs by a campfire, and laying in the back yard, looking up at the stars. 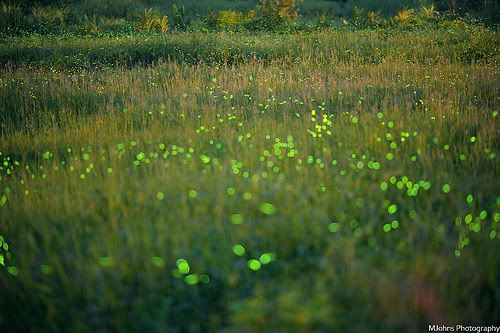 These wonders cemented our impression that the best things happen after we normally would have to be in bed.

This summer, stay up late and enjoy the night. Instead of going to the club or bar, spread a blanket out in your yard, on your roof, or in the bed of a pickup truck, and stare up at the night sky. Go on a camping trip and sing songs while roasting marshmallows over a fire. Go to a drive-in movie theater. Pack a picnic and watch the fireworks. Get bitten by mosquitoes and catch lightning bugs in a jar.

4. Don’t care about your beach body: Corn on the cob. Hot dogs. Lobsters. ICE CREAM. Need I go on? Summer food is delicious. You used to eat it by the pound without ever thinking about it because you were playing outside so much you needed all those calories!

This summer, let watermelon juice drip down your chin, and get buttery, salty corn on the cob stuck in your teeth. Go for ice cream as often as possible—but ride your bike to go get it, or chase the ice cream truck down the block. If you’re heeding the earlier advice, you’ll be so active that you’ll burn the extra calories and look great when it comes time to go to the beach.

5. Get wet: Water defines the summer. As a kid, you were the coolest cat in the neighborhood if you had a pool in your back yard. No pool access? Well, you could always run through the sprinkler, have a water balloon or super soaker fight.

Maybe you were lucky enough to live near the ocean so you didn’t need to experience the torment of a sunburnt, sandy ride home from the beach in a crowded mini-van. Whatever your summer experience, it undoubtedly included water.

This summer, get soaked. Don’t worry about ruining your makeup, hair, or clothes. Go swimming as often as possible. Get caught in a downpour and dance in the rain. Find a swimming hole and rig a rope swing up to a tree. Grab some friends and go tube down a river.

6. Rock out: When you were twelve, your favorite band was probably Hanson or something similarly awful. But, imagine if your twelve-year-old self got to go see said band live in concert? WOW. You would be so thrilled that you’d listen to nothing else on your disc man than MMMBop on repeat until the day had finally come.

Now that you’re an adult, presumably you like better music. And, you have the self-determination to go see this music live without the benevolence of your parents. So, go! Dedicate a few days to, enjoying your favorite songs and discovering new bands at a music festival. If you don’t have that kind of capacity, at the very least get yourself to an outdoor concert. Don’t be too cool for school!—be enthusiastic about it, listen to your favorite band right up until show time, and memorize all the lyrics. If your twelve-year-old self could see you, s/he would think you’re so rock and roll.

7. Fight the ocean: When you’re living summer to its fullest, you will never want it to come to a close. If your parents sprung for Nickelodeon and you could watch The Adventures of Pete and Pete you may remember the iconic scene of Little Pete and his superhero, Artie, violently punching the ocean, trying to prolong summer just a bit by beating the changing tide into submission. As the older Pete narrates, “They’re not crazy, they’re just angry, angry that the summer has to end […] Every year, it seems the summer is over ten seconds after it started…especially this summer.”

Have the best summer you’ve ever had. Go on adventures and act like a child. Enjoy the beauty of the natural world and the company of your friends. If you’re doing it right, the summer will fly by in what seems like seconds and come Labor Day, you will find yourself wading into the tidal waters, fighting the ocean for just a little more glorious summertime.