Liberty Arts, the Durham based sculpture collaborative, and artist Mike Waller have taken on a unique Durham challenge. Waller is restoring two 8-foot high, solid bronze gates from the Washington-Duke Mausoleum in Maplewood Cemetery. The mausoleum was built around 1900, but unfortunately, the massive gates were stolen last fall along with those from two other tombs. They were discovered in a nearby scrap metal yard and recovered shortly afterward.

Waller is playing detective first, trying to figure out what kind of hinges, glass, window frames and fasteners were on the original, a task made more difficult by the lack of photo documentation. 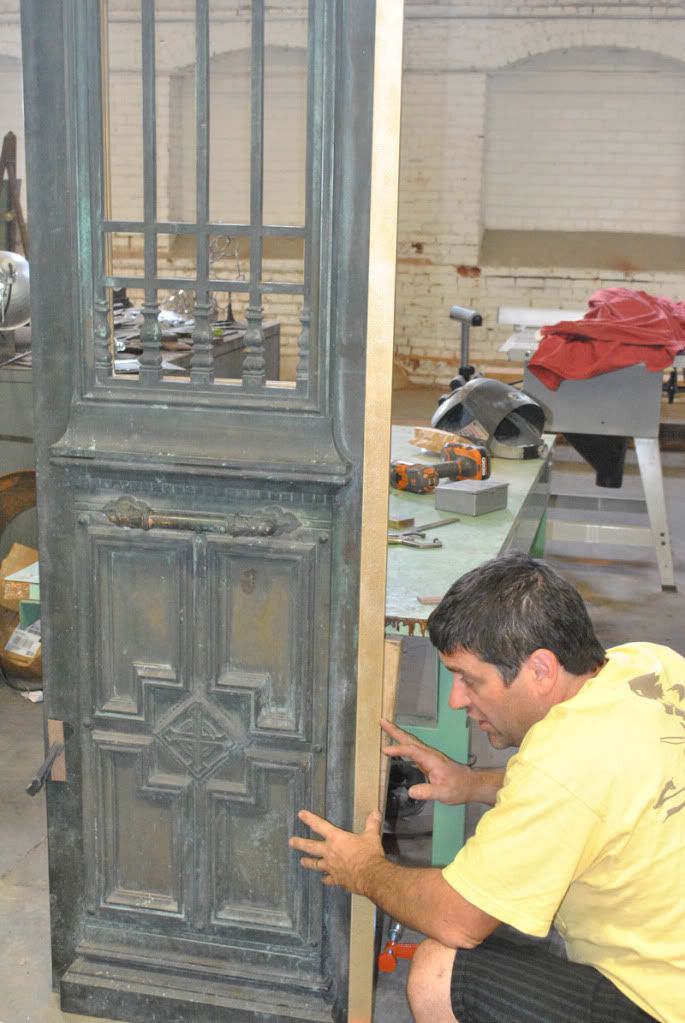 “It’s been an honor to be asked to work on such a magnificent piece of Durham’s heritage,” says Mike, “but it was a surprisingly intricate and challenging project”.

The gates are being re-installed at Maplewood Cemetery Wednesday, October 10th.