While the first Guasaca opened in Raleigh three years ago, owner Heliangel “Heli” Mendez has had his sights set on Durham since day one. At the time, he was not able to obtain the location he desired near Duke hospital, so he landed in Raleigh close to Rex in his quest to appeal to the workers and  students looking for an affordable and filling fast meal.

With the continued success of the Raleigh location and the continued growth of Durham, Heli knew it was time to revisit the idea of opening in the Bull City. 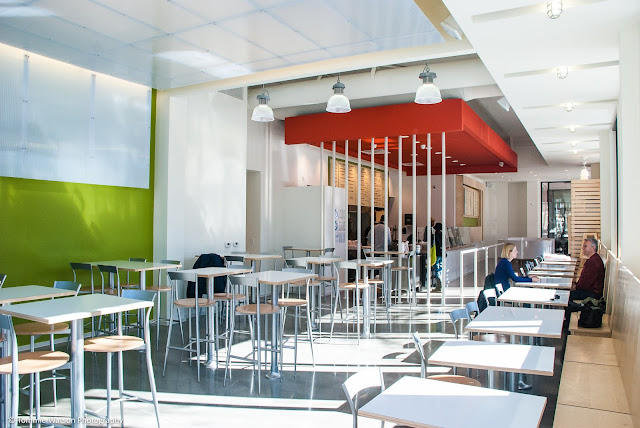 Heli actually looked at Guasaca’s current Durham location in the plaza at 2200 W. Main Street years ago, but it didn’t quite have enough life around it, however now, with the nearby growth on Ninth Street and several new apartment complexes in the area (including right next door), the timing seemed right.


Of course, opening weekend wasn’t ideal, coinciding with the snowstorm of the season, but in some ways it’s been nice to have a quiet start and get everything up to speed, Heli admits. They’re now up and running 11-9 each day.

We expect it won’t take long for Durham to discover the two best things about Guasaca: that it’s really good food for a really good price. 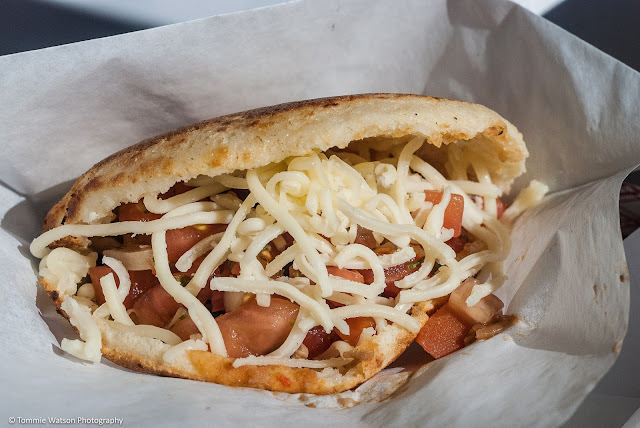 Don’t let the term “fast food” fool you, because while the food is indeed fast (they serve up to 120 people per hour during peak in Raleigh), it’s also fresh and made from scratch all day, every day.

The Guasaca itself, for example, is a mix made with avocado chunks and 20 or so finely chopped vegetables. It’s similar to guacamole, but is not the same, and it’s one of the freshest dips we’ve ever had! For only $2.85 with chips, it’s an unbeatable deal. 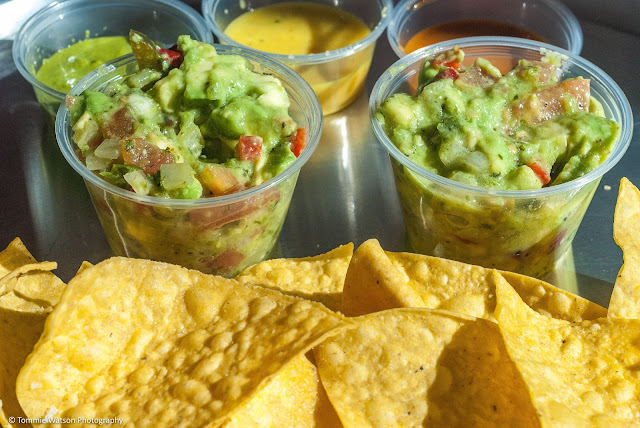 The restaurant is bright, clean and modern. The service is “Chipotle-esque” in the way the food is made in line and quickly, but here, you know you’re supporting a local business. 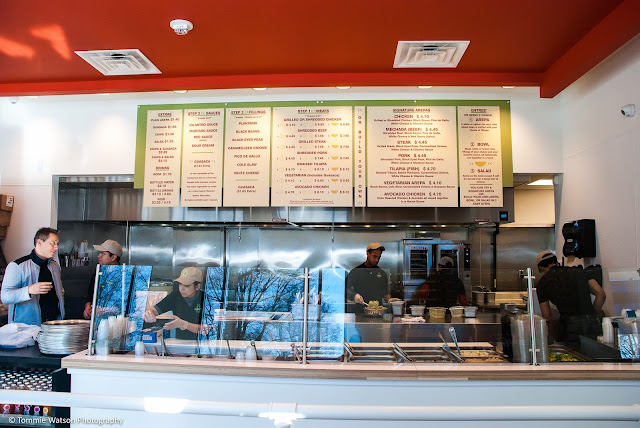 As a Venezuelan native, Heli knows the appeal of the arepa (a Venezuelan flat bread made of corn instead of wheat) and  loves getting people in the door to try it. One of the main challenges for Guasaca is getting people accustomed to the food—it’s not Mexican and it’s not typical fast food—it’s different, but in its own delicious way. 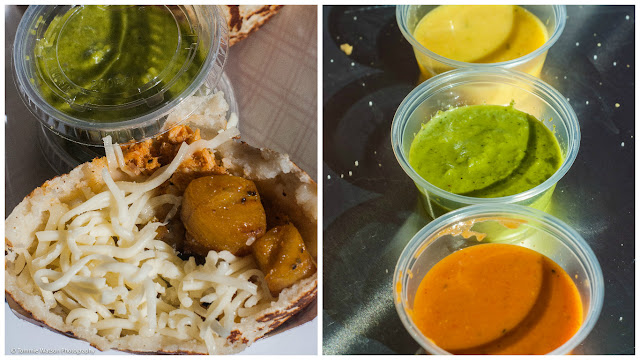 At Guasaca, you can choose from their signature arepas or build your own. A couple of our favorites were the Mechada (with shredded beef) and the avocado chicken, which is the only arepa served cold and tastes like a healthy chicken salad packed with avocados.

Guasaca’s arepas are thin on the outside and packed with filling on the inside. The crispness of the shell gives it a nice bite. The sauces you can add in (cilantro, mustard, and pepper) each have their own distinct flavor and enhance what is already there. 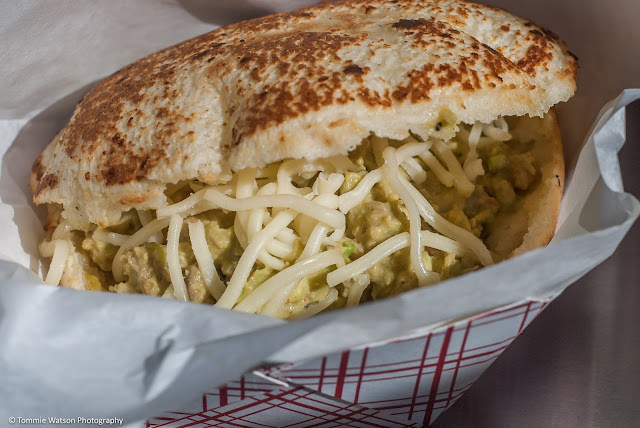 What I love about arepas, aside from the bold flavors, is that they are surprisingly filling. For lunch, I could easily get one arepa with a side of guasaca and chips for about $7 and be totally satisfied. If you’re really hungry, you can get two arepas and for less than $5.00 per arepa, it’s one of the most affordable sandwich-type options in the area.

If you want to forgo the corn “bun,” you can always opt for a salad or a bowl, which comes with rice and your choice of meat and toppings.

Foodies in Raleigh are always buzzing about Guasaca and now I see why. It hits all the right elements offering a quick and casual meal that will still satisfy you and not break the bank. We’re glad they found their way back to Durham.

Amber Watson is the creator of the Durham-based food blog and website, Bites of Bull City, which is the perfect outlet for her background as a writer and her passion as a local foodie. Bites of Bull City is a place where area residents and visitors can go to get insider food news and keep up with Durham's exciting and ever-expanding food scene.